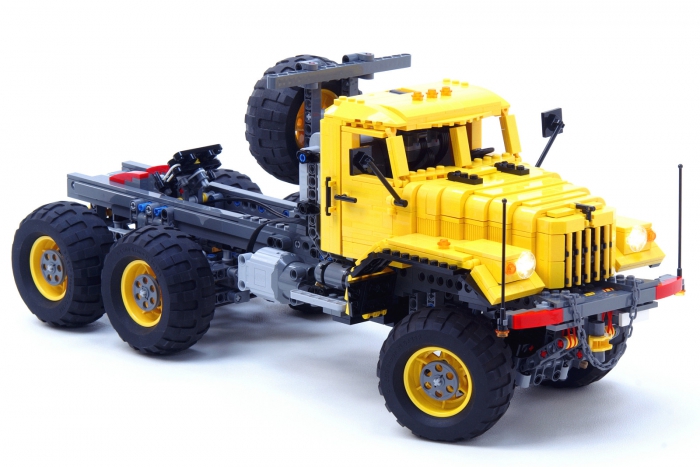 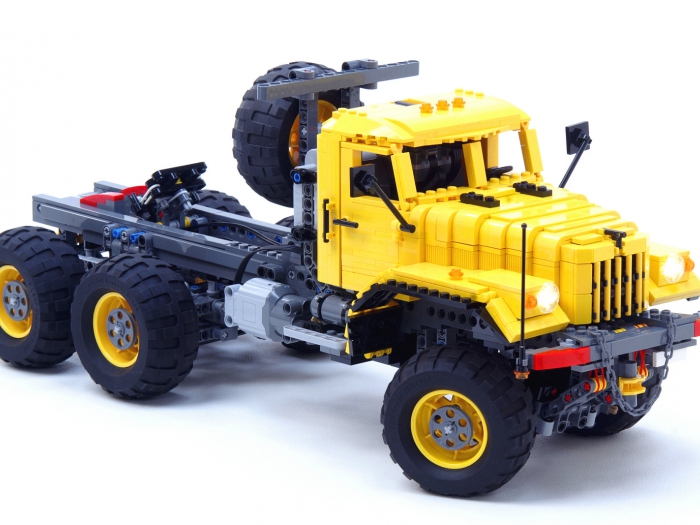 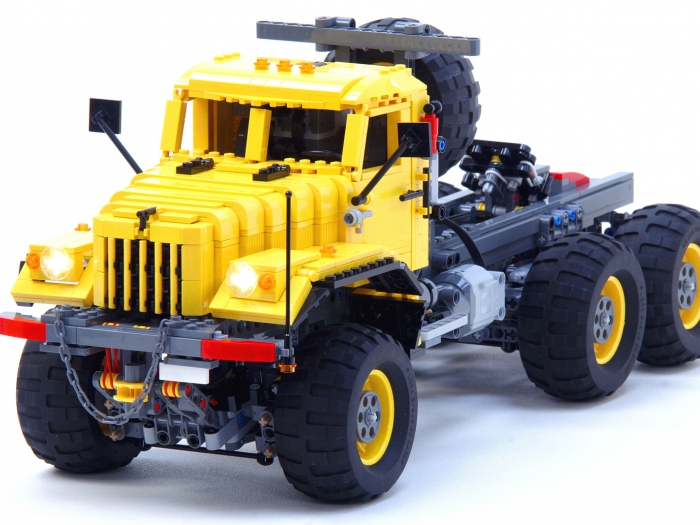 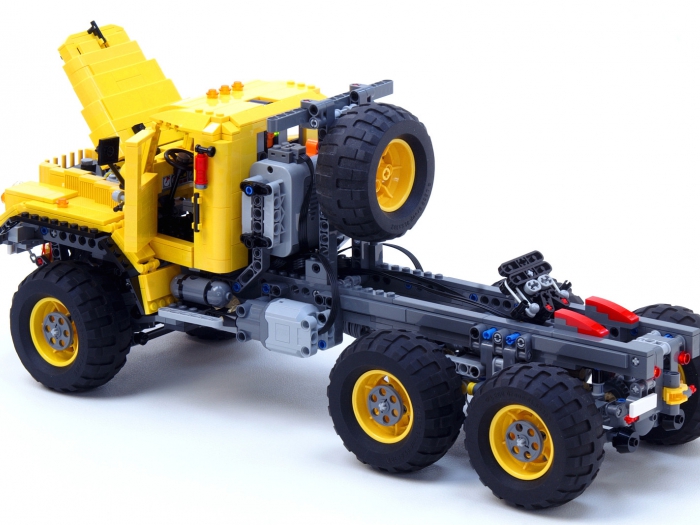 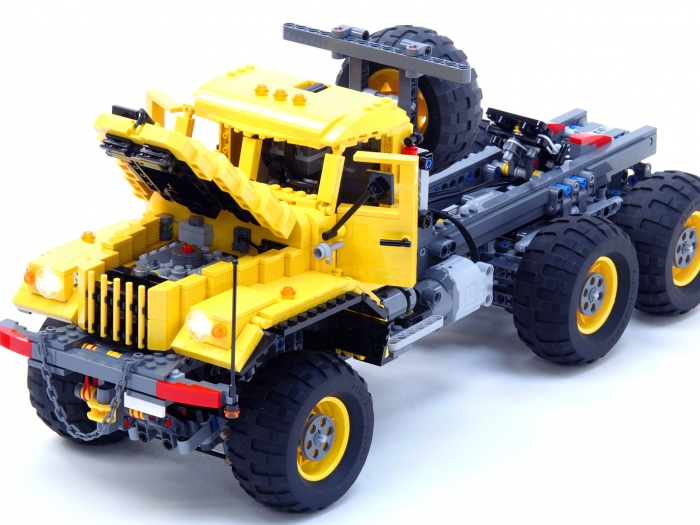 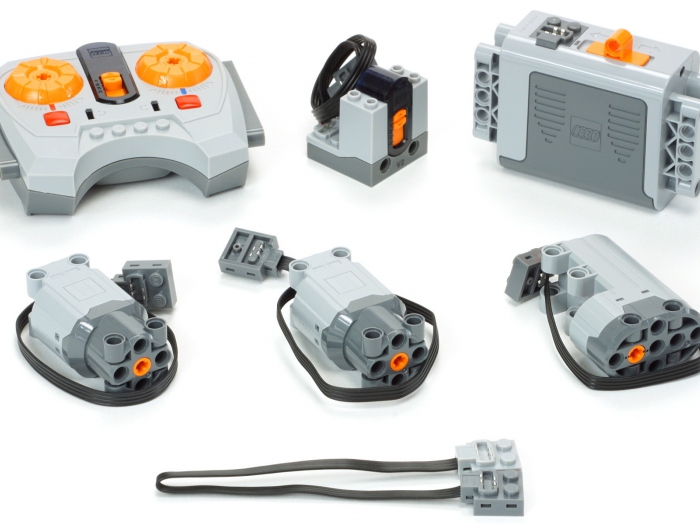 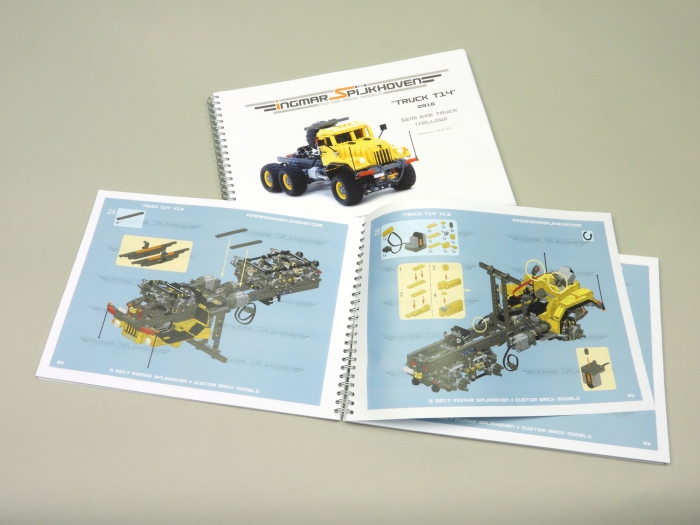 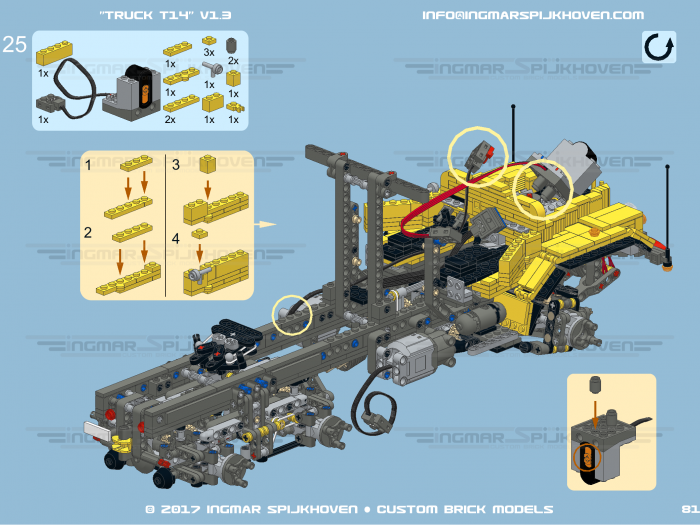 Model "Truck T14” is a fully brick (genuine new LEGO® parts) build motorized and Infra Red remote controlled scale model resembling a 6x6 off-road truck. Powered by V8 4-stroke diesel engine with a displacement of 14.9 L with horsepower range up to 240. The truck’s modelled engine together with both heavy duty flexing front and rear axles, fifth wheel, steps and all electronic components are mounted to its realistic ladder frame. 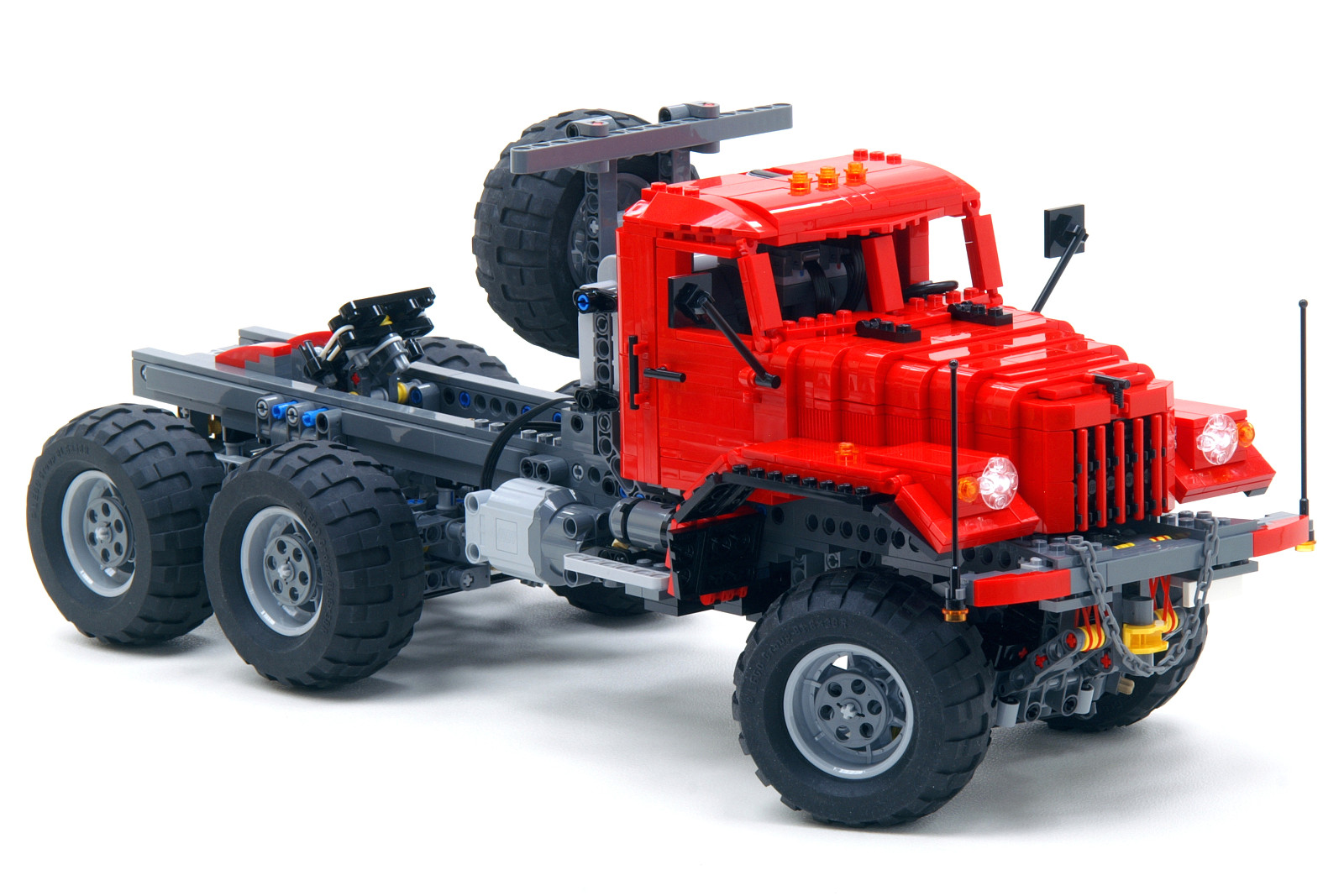 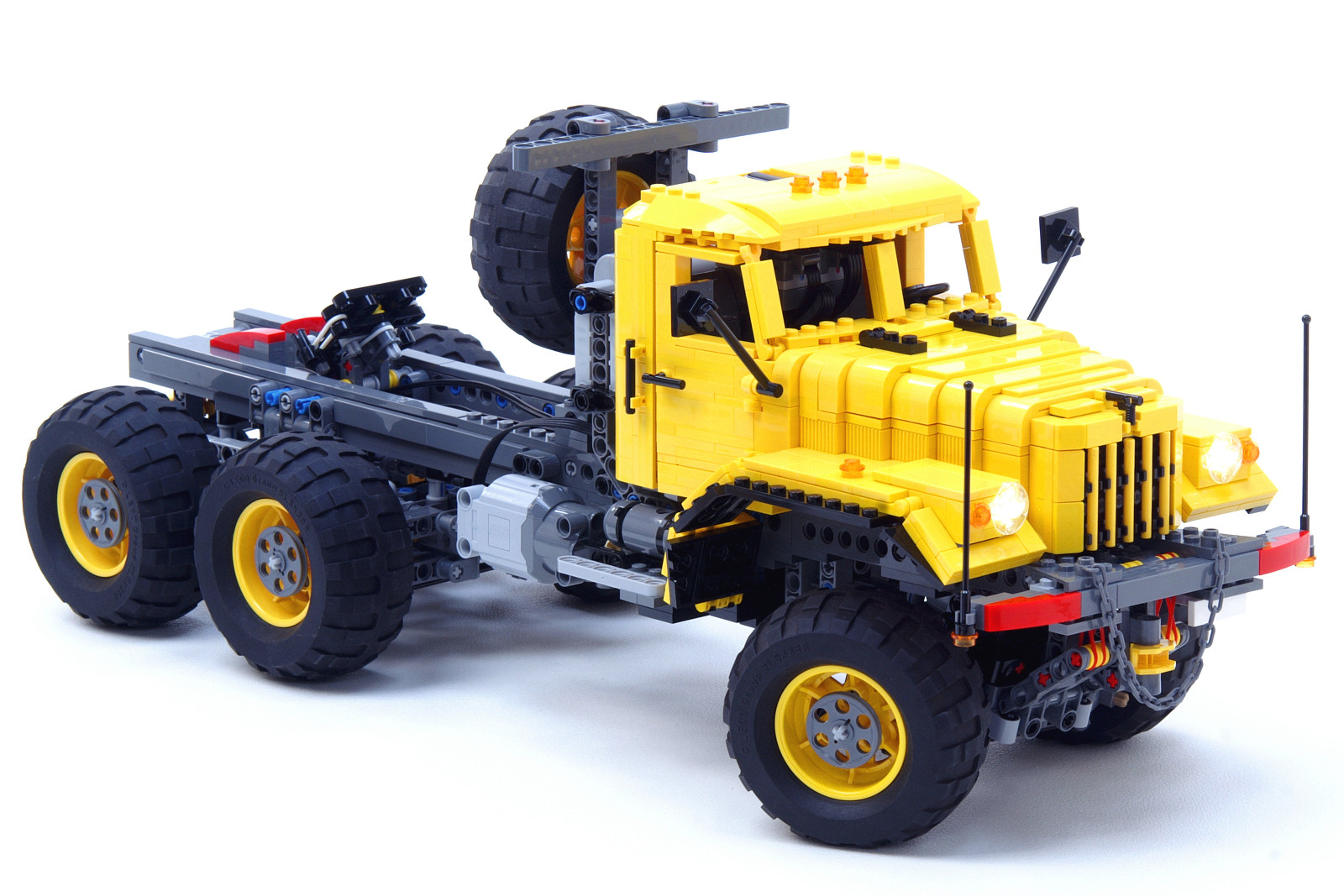 As a tribute to this truck this project shows some of the unlimited possibilities. Even though this specific truck was never produced as a civilian truck however after its retirement it has been used as such. Within a couple of minutes it can be changed into one of the four different editions which include:

The modelled engine is given its realistic looks with detailes such as: engine oil dipstick, fan, fan belt, pulleys, hoses, oil filters and a turbo. Together with much more engine bay details which are added the looks are phenomenal. These include break fluid reservoir, by-pass oil filter, windshield washer container, internal air cleaner and steering shaft.