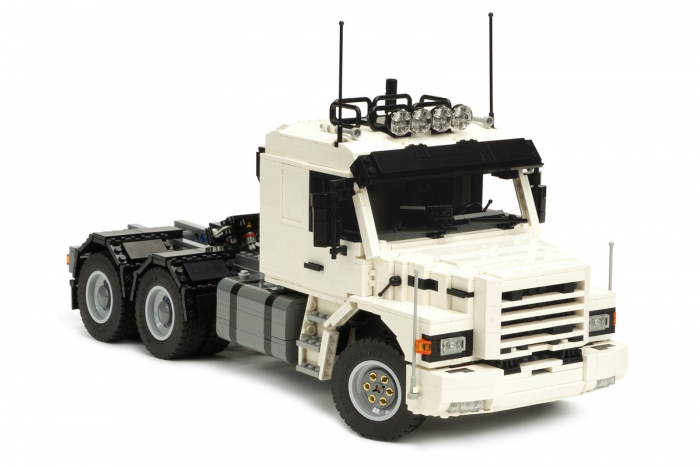 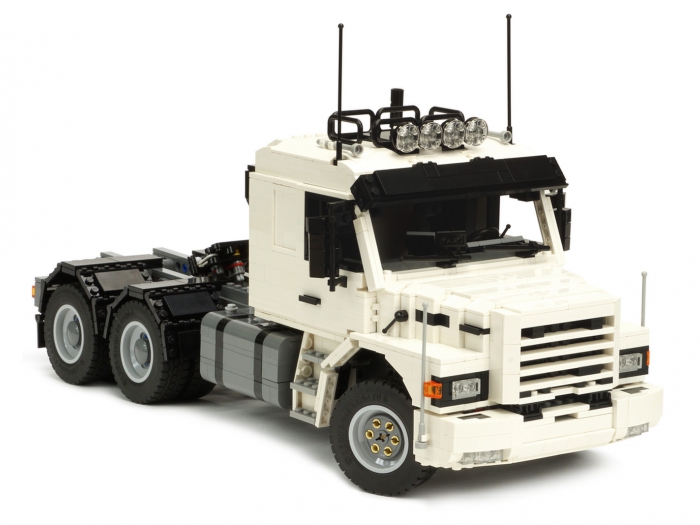 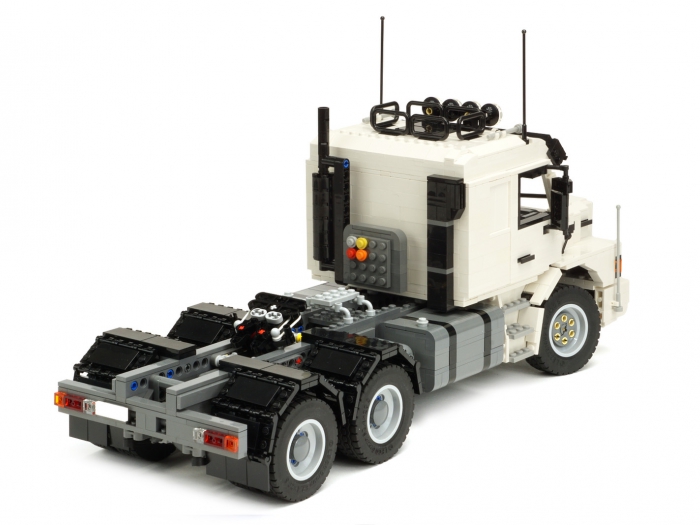 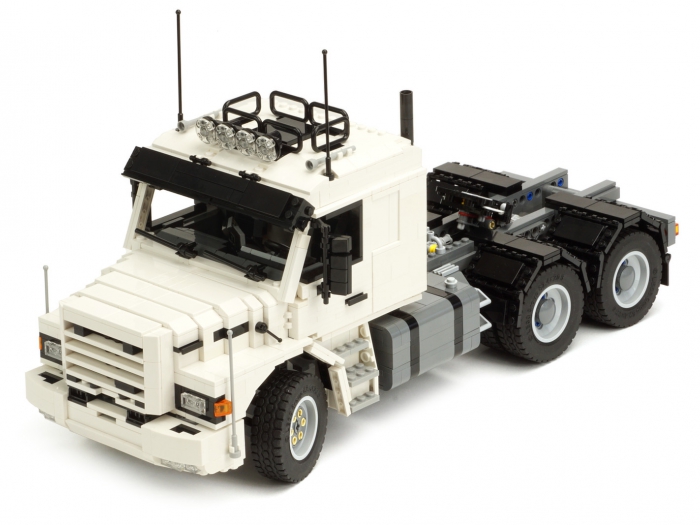 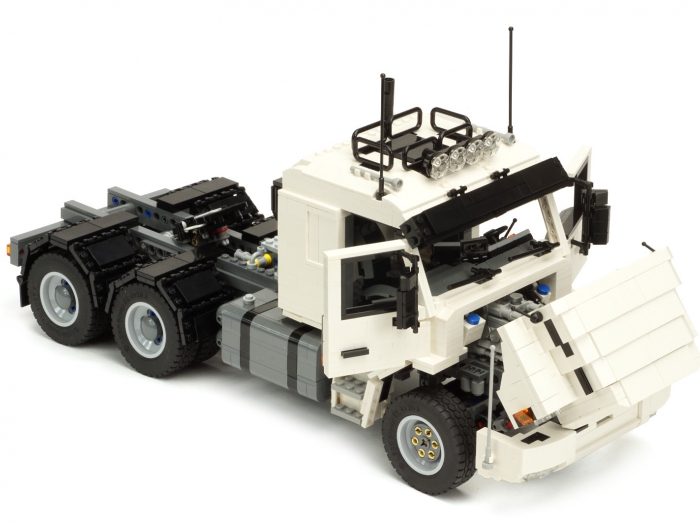 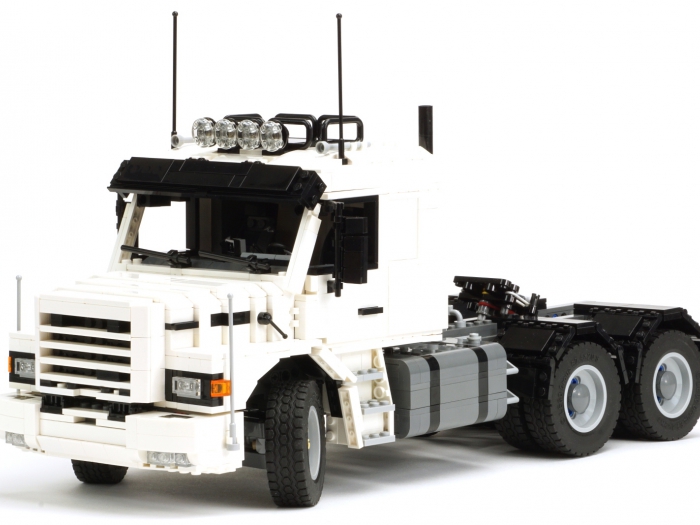 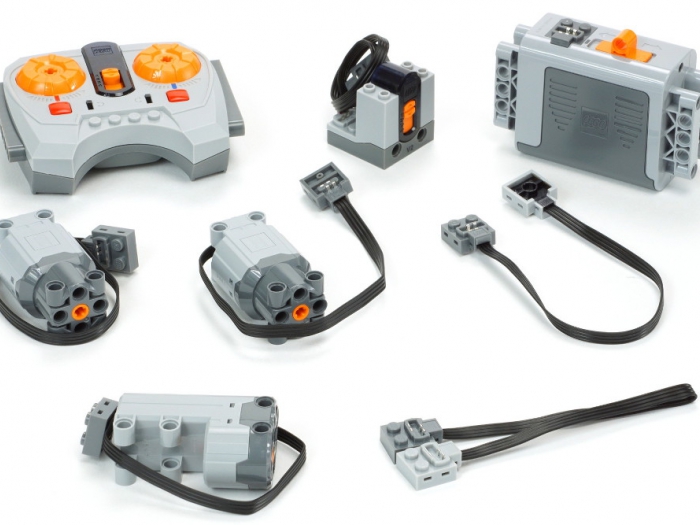 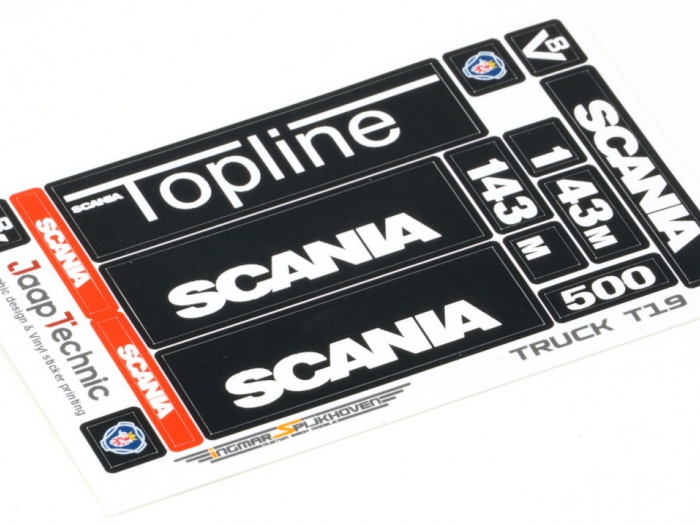 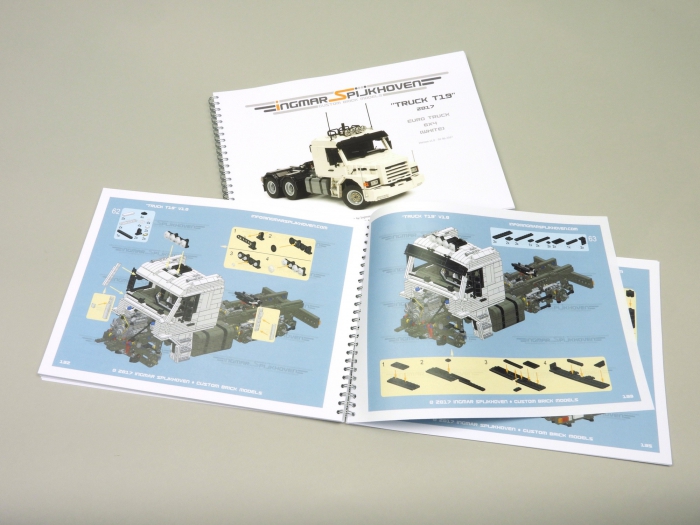 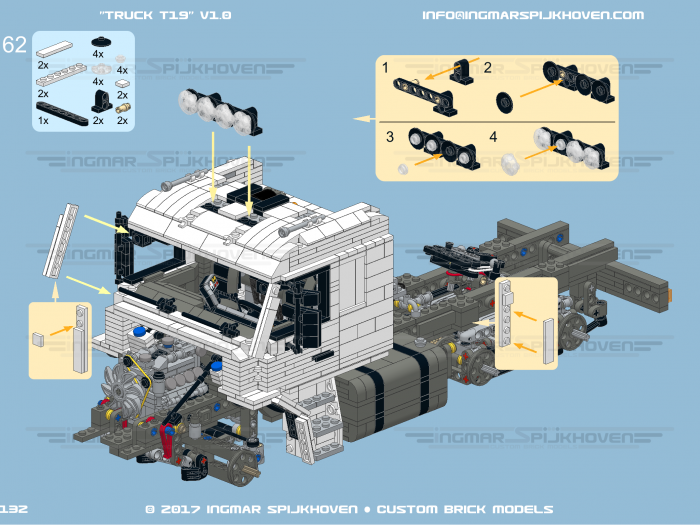 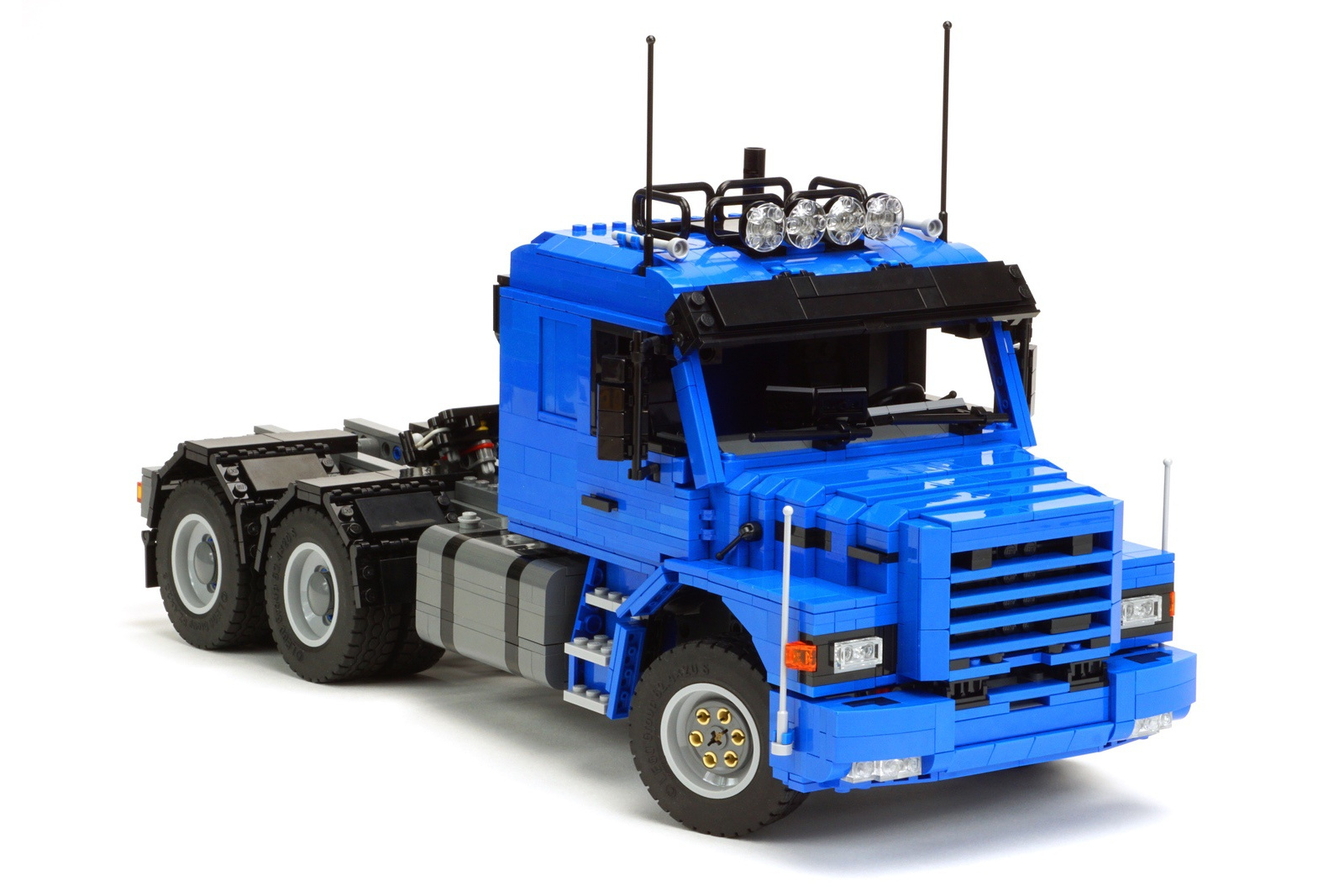 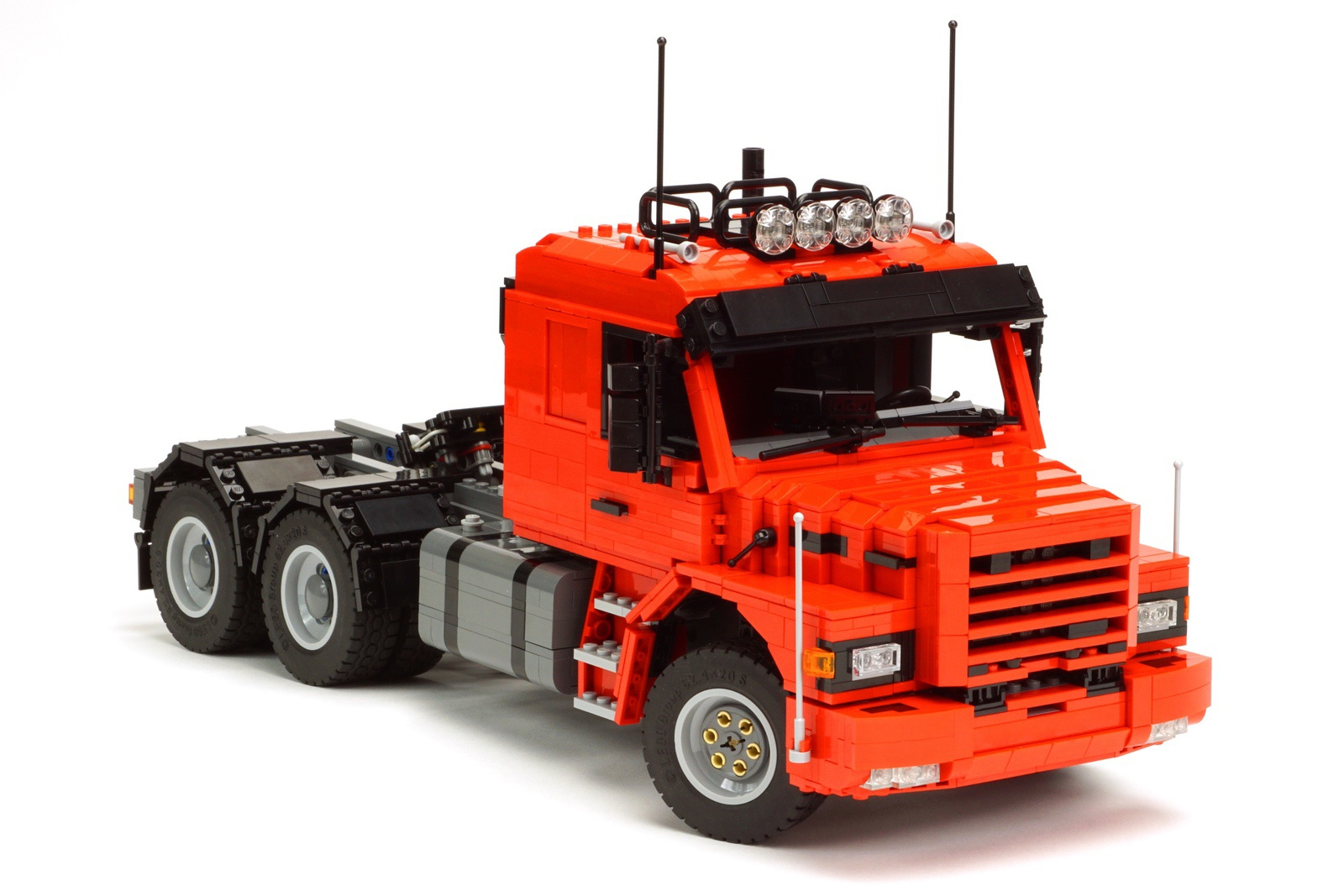 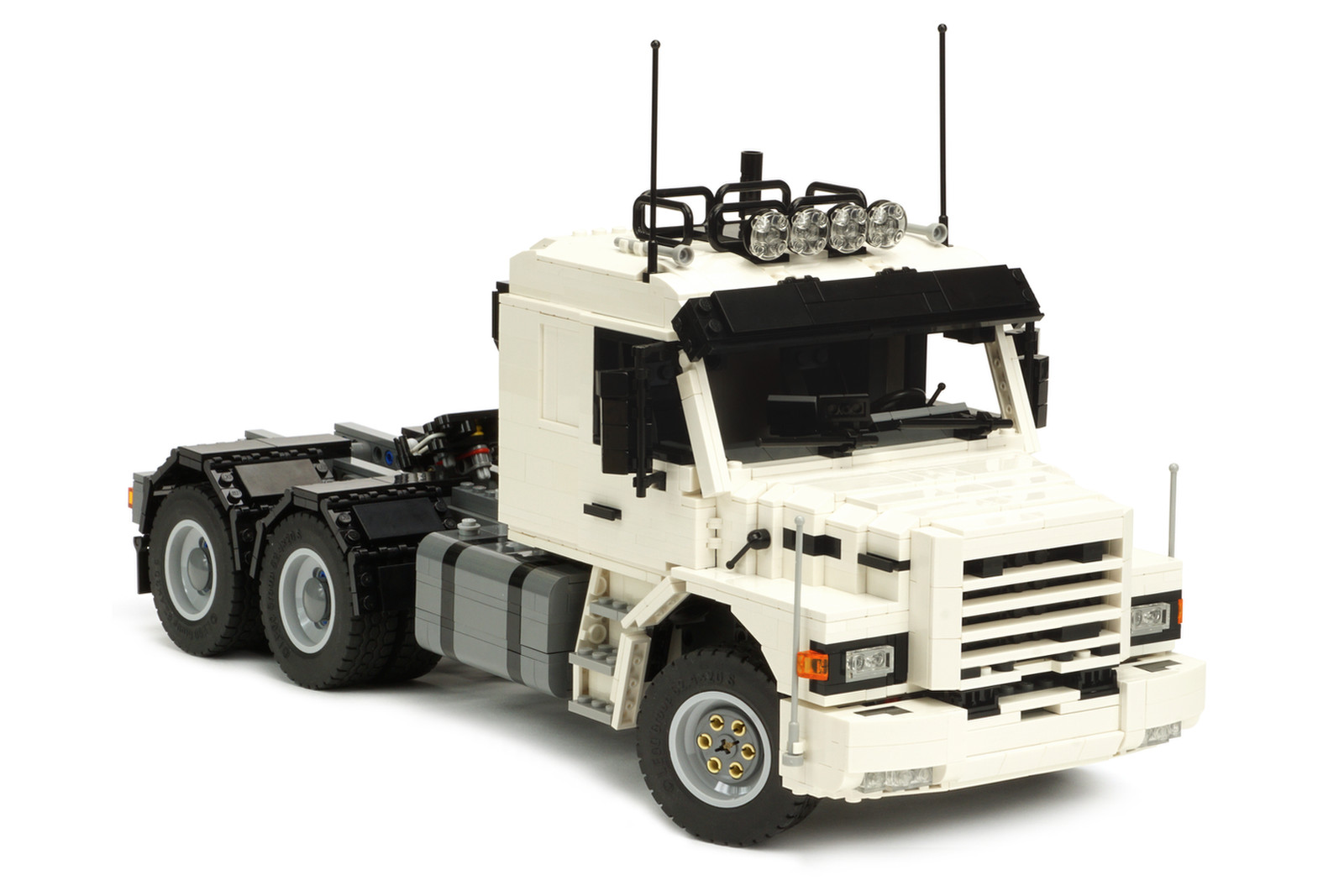 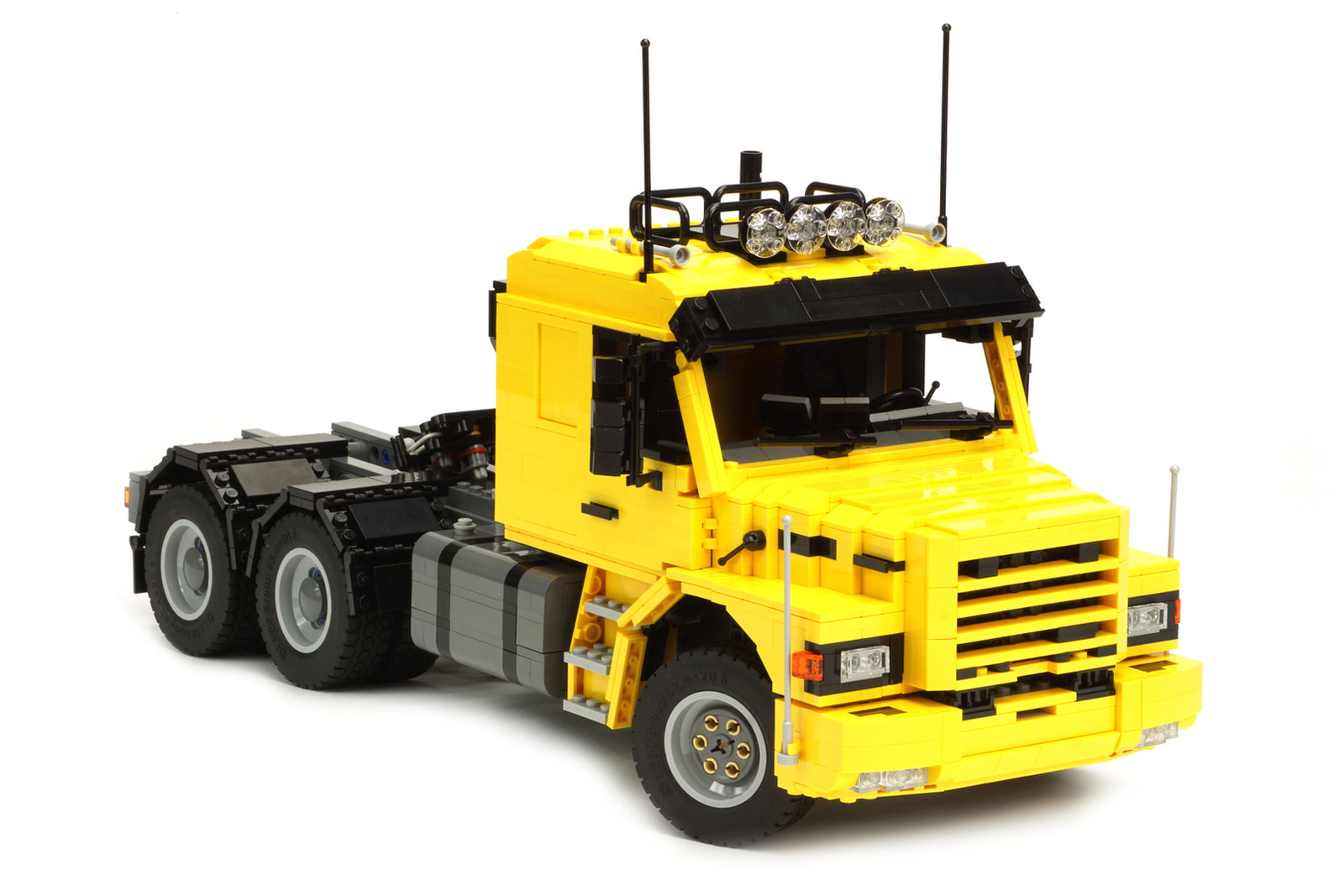 Model "Truck T19” is a fully brick (genuine new LEGO® parts) build motorized and Infra Red remote controlled scale model resembling a Euro style sleeper cab semi-truck. Powered by a V8 engine with a displacement of 14.0 L with horsepower range from 400 up to 500. The truck’s modelled engine together with both front and rear axles, steps, air cylinders, battery box, fuel tanks and all electronic components are mounted to its realistic ladder frame.

For it's steering system we've designed and developed some very cool 3D printed parts. Originally it was designed with the use of genuine LEGO® parts but are no longer produced. To not compromise the functionality and realism of the steering system it has been replaced by two custom gears and one custom steering link.
Also can it be build left-hand or right-hand steering. With this option this truck is suitable for both European, Australian and South African trailers.

This truck's modelled engine is given its realistic looks with detailes such as: engine oil dipstick, fan, fan belt, pulleys, hoses, oil filters and a turbo. Together with much more engine bay details which are added the looks are phenomenal. These include break fluid reservoir, by-pass oil filter, windshield washer container and steering shaft.