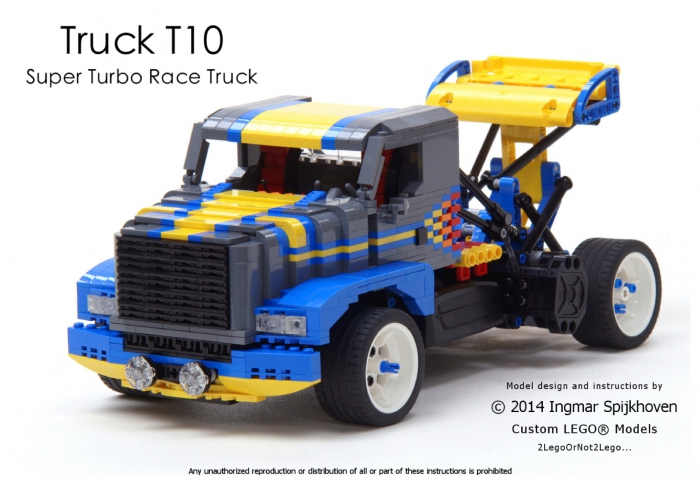 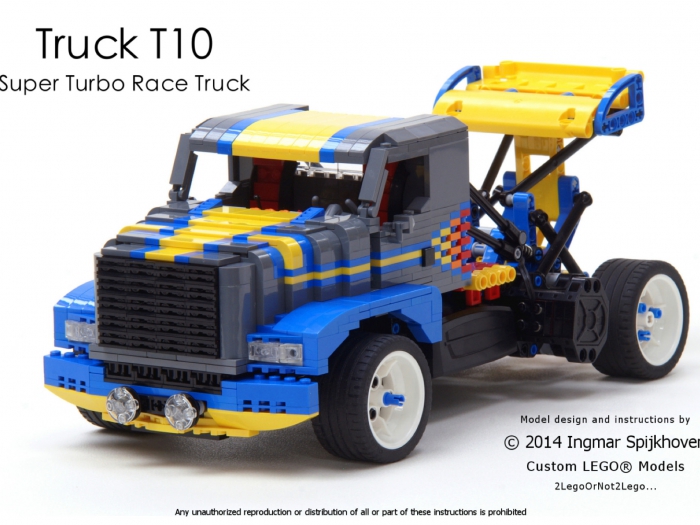 This model's detailed engine is based on Mike Ryan's Super-Turbo engine setup which is built around a 14.0L Detroit Diesel Series DD60 six cylinder inline semi truck engine. Introduced in 2001 this 14 liter (854 cu in) engine has a larger stroke crankshaft with a power output up to 575 hp and a maximum torque of 1,850 pound force-feet (2,510 N·m). Obviously these numbers where not enough to label it as a race truck since this engine is sitting in many many semi trucks. So it had to be souped up and that is where Banks Power came in.

The twin screw supercharger is powered by a driveshaft which is installed on the engine's driver. This feeds the impressive twin-scroll or divided turbocharger which might also be found on a drag-racing engine. For optimal performance this turbine housing is water-cooled and oil-lubricated. With this super turbo setup a intake pressure up to 60 psi is realized evenly across the entire rpm range, so the truck can nicely be pulled out of any corner. Because this system is able to give a intake pressure up to 180 psi two blow-off valves eject any undesired air pressure.